The Other Side of Mother’s Day

Ah, Mother’s Day. A mother surrounded by her adoring family; pampered, taken out to dinner, showered with gifts and cards. 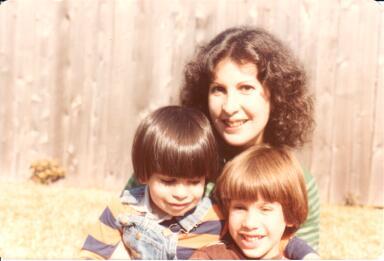 At least that’s how Hallmark sees it.

The reality? It can be a painful, hellish holiday for so many women.

The mother whose child has died, the mother who lost her child in a custody battle, the woman who aborted and lived to regret it.

The woman who got pregnant and gave her child away. The divorced mother working two jobs to feed her kids, the woman who has tried every means to conceive and cannot.

The woman who was adopted, the woman who sought out her birth mother and was turned away. The mother who has a child with a severe disability.

The woman whose mother died or left home, never to be known. The woman who inherits her new husband’s children.

Even those who never have had a child, definitely had a mother; even briefly. It is the commonality of women.

To all of them, and any other permutations, the words “Mother’s Day” come loaded with emotional baggage.

There is another category to which I belong:

the woman who has lost her mother. And what a mother and woman she was! Funny, feisty, spirited, productive, and resourceful. Not to mention passionately loving, supportive and generous. An impossible standard to live up to. With her as my mentor, having children of my own was a major priority. I was so blessed to have two healthy and loving boys and I savored every moment of raising them. Now that they are busy adults, Mother’s Day can be fraught with disappointment. Neither lives close enough to pop over on Sunday and get to work on Monday, so a celebration is only infrequently in the offing.

But more impactful for me is that I lost the mother who I adored, admired and emulated right before Mother’s Day two years ago. The first such holiday without her was literally unbearable. This one will be little better as she fills my thoughts with every Mother’s Day ad and card I see. On my night table is her picture; a candle lit in remembrance. Friends, childless and not, who have lost their mothers also have confided how they dread this day.

What does one do on Mother’s Day without children or a mother?

Go to or download a chick flick. Add popcorn and a glass of wine

Get a facial, peel, blow out or a new lipstick.

Schedule a mani/pedi or massage.

Surround yourself with your favorite flowers (Casa Blanca lilies for me!)

Workout and eliminate the stress while getting some benefit.

Plan a day doing what pleases you; brunch with friends, a flea market, a shopping spree, curling up with a page turner.

Live through Mother’s Day any way you can and on Monday, breathe a sigh of relief. It’s over for another year.

As for me, my hopes and dreams for a more uplifting Mother’s Day lie with my first grandchild who will be born in the Fall. Next year, maybe I will view it all differently.

4 Responses to The Other Side of Mother’s Day